The New Kia Sorento which is due next year has done itself justice in it’s Euro NCAP crash safety test. It scored 90% for the Adult Occupant, 83% for a child passenger, 67% for pedestrians and 71% for the Safety Assist category, which marks a significant improvement on the 2009 model which only scored 44% in the pedestrian category despite still scoring 5 stars. This score has been achieved thanks to some impressive technology implemented by Kia such as blind spot detection, a lane departure warning system, adaptive smart cruise control, and a speed limit information function. 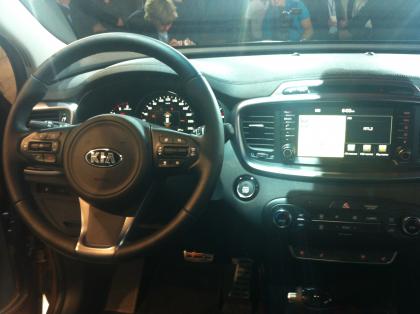 As well as the optional features the Kia Sorento has also built on the already strong foundations of it’s previous model. The ultra high tensile steel is better optimized in this new model and now accounts for 52.7 percent of the cars structure rather than the 24.4% is used to be. They have also used a lot more ultra-strong hot-stamped steel in the shell of the new model which strengthens the A- and B-pillars massively. Kia have also included their Vehicle Stability Management system as standard which stabilises the SUV when cornering and braking occurs simultaneously.